Know verily that Knowledge is of two kinds: Divine and Satanic. The one welleth out from the fountain of divine inspiration; the other is but a reflection of vain and obscure thoughts. The source of the former is God Himself; the motive-force of the latter the whisperings of selfish desire. The one is guided by the principle: "Fear ye God; God will teach you;" the other is but a confirmation of the truth: "Knowledge is the most grievous veil between man and his Creator." The former bringeth forth the fruit of patience, of longing desire, of true understanding, and love; whilst the latter can yield naught but arrogance, vainglory and conceit. From the sayings of those Masters of holy utterance, Who have expounded the meaning of true knowledge, the odour of these dark teachings, which have obscured the world, can in no wise be detected. The tree of such teachings can yield no result except iniquity and rebellion, and beareth no fruit but hatred and envy. Its fruit is deadly poison; its shadow a consuming fire.

Wishing to reveal Thyself, Thou didst call into being the Greater and the Lesser Worlds, and didst choose Man above all Thy creatures, and didst make Him a sign of both of these worlds.

For example, the eye sees, and all the body is affected; the ear hears, and all the members of the body are moved. Of this there is no doubt; and the universe is like a living person. Moreover, the connection which exists between the members of beings must necessarily have an effect and impression, whether it be material or spiritual. For those who deny spiritual influence upon material things we mention this brief example: wonderful sounds and tones, melodies and charming voices, are accidents which affect the air -- for sound is the term for vibrations of the air -- and by these vibrations the nerves of the tympanum of the ear are affected, and hearing results. Now reflect that the vibration of the air, which is an accident of no importance, attracts and exhilarates the spirit of man and has great effect upon him: it makes him weep or laugh; perhaps it will influence him to such a degree that he will throw himself into danger. Therefore, see the connection which exists between the spirit of man and the atmospheric vibration, so that the movement of the air becomes the cause of transporting him from one state to another, and of entirely overpowering him; it will deprive him of patience and tranquillity. Consider how strange this is, for nothing comes forth from the singer which enters into the listener; nevertheless, a great spiritual effect is produced. Therefore, surely so great a connection between beings must have spiritual effect and influence. It has been mentioned that the members and parts of man affect and influence one another. For example, the eye sees; the heart is affected. The ear hears; and the spirit is influenced. The heart is at rest; the thoughts become serene, and for all the members of man's body a pleasant condition is realized.

In his physical body and its functions man is a captive of nature; for instance, he cannot continue his existence without sleep, an exigency of nature; he must partake of food and drink, which nature demands and requires. But in his spiritual being and intelligence man dominates and controls nature, the ruler of his physical being.

In man there are two expressions, one is the expression of nature, the other the expression of the spiritual realm. The world of nature is defective. Look at it clearly, casting aside all superstition and imagination. If you should leave a man uneducated and barbarous in the wilds of Africa, would there be any doubt about his remaining ignorant? . . . It is an essential condition of the soil of earth that thorns, weeds and fruitless trees may grow from it. Relatively speaking, this is evil; it is simply the lower state and baser product of nature.

In man there are two natures; his spiritual or higher nature and his material or lower nature. In one he approaches God, in the other he lives for the world alone. Signs of both these natures are to be found in men. In his material aspect he expresses untruth, cruelty and injustice; all these are the outcome of his lower nature. The attributes of his Divine nature are shown forth in love, mercy, kindness, truth and justice, one and all being expressions of his higher nature. Every good habit, every noble quality belongs to man's spiritual nature, whereas all his imperfections and sinful actions are born of his material nature. If a man's Divine nature dominates his human nature, we have a saint. Man has the power both to do good and to do evil; if his power for good predominates and his inclinations to do wrong are conquered, then man in truth may be called a saint. But if, on the contrary, he rejects the things of God and allows his evil passions to conquer him, then he is no better than a mere animal.

In the human plane and kingdom man is a captive of nature and ignorant of the divine world until born of the breaths of the Holy Spirit out of physical conditions of limitation and deprivation. Then he beholds the reality of the spiritual realm and Kingdom, realizes the narrow restrictions of the mere human world of existence and becomes conscious of the unlimited and infinite glories of the world of God.

Man is intelligent, instinctively and consciously intelligent; nature is not. Man is fortified with memory; nature does not possess it. Man is the discoverer of the mysteries of nature; nature is not conscious of those mysteries herself. It is evident, therefore, that man is dual in aspect: as an animal he is subject to nature, but in his spiritual or conscious being he transcends the world of material existence. His spiritual powers, being nobler and higher, possess virtues of which nature intrinsically has no evidence; therefore, they triumph over natural conditions. These ideal virtues or powers in man surpass or surround nature, comprehend natural laws and phenomena, penetrate the mysteries of the unknown and invisible and bring them forth into the realm of the known and visible.

The animal spirit is the virtue perceptive resulting from the admixture and absorption of the vital elements generated in the heart, which apprehend sense-impressions. The human spirit consists of the rational, or logical, reasoning faculty, which apprehends general ideas and things intelligible and perceptible . . . for these . . . spirits there is no restitution or "return," but they are subordinate to reversions and production and corruption.

[Man’s] nature is threefold, animal, human and divine. The animal nature is darkness; the heavenly is light in light.

Everyone's life has both a dark and bright side. The Master said: turn your back to the darkness and your face to Me.

In one he approaches God, in the other he lives for the world alone.

But the development of spiritual qualities is not controlled by nature. Although the soul aspires to spiritual things, the acquiring of spiritual qualities depends upon effort. It is in this domain that man has been given free will. This is very similar to a bird which in flight must use its wings to counteract the force of gravity. If it fails to do this, it will be pulled down instantly by this force.

The soul hath two phases: the higher aspireth to the Kingdom of El-Bahá, and the lights of the mind shine forth from that horizon unto its higher sphere; the other phase inclineth to the lower concourse of the material world and its lowest sphere is enveloped in the darkness of ignorance. But when light is poured upon this phase, and if this phase of the soul is capable of receiving it, then "truth hath come and falsehood vanisheth, for falsehood is of short duration" -- otherwise, darkness will surround it from all directions and it will be deprived of association with the Supreme Concourse and will remain in the lowest depths. 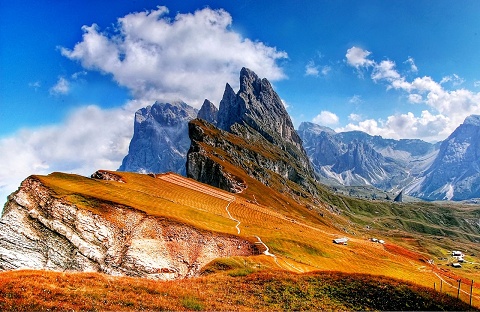