A drop out of the ocean of Thy mercy sufficeth to quench the flames of hell, and a spark of the fire of Thy love is enough to set ablaze a whole world.

For far be it from His greatness and His glory that He should turn away a seeker at His door, cast aside from His Threshold one who hath set his hopes on Him, reject one who hath sought the shelter of His shade, deprive one who hath held fast to the hem of His mercy, or condemn to remoteness the poor one who hath found the river of His riches.

If thine eyes be turned towards mercy, forsake the things that profit thee, and cleave unto that which will profit mankind.

The greatness of His mercy surpasseth the fury of His wrath, and His grace encompasseth all who have been called into being and been clothed with the robe of life.

They that spread disorder in the land, and lay hands on the property of others, and enter a house without leave of its owner, We, verily, are clear of them, unless they repent and return unto God, the Ever-Forgiving, the Most Merciful.

Whoso falleth short of this standard with good reason shall incur no blame. God, verily, is the Forgiving, the Merciful.

But we must always remember that our existence and everything we have or ever will have is dependent upon the Mercy of God and His Bounty, and therefore He can accept into His heaven, which is really nearness to Him, even the lowliest if He pleases. We always have the hope of receiving His Mercy if we reach out for it.

God judges each soul on its own merits. The Guardian cannot tell you what the attitude of God would be towards a person who lives a good life in most ways, but not in this way . . . We must be hopeful of God's Mercy but not impose upon it.

Therefore, an evaluation of man's material existence and achievements cannot ignore the potential spiritual development stimulated by the individual's desire to manifest the attributes of God and his response to the exigencies of his life, nor can it exclude the possibility of the operation of God's mercy in terms of compensation for earthly suffering, in the next life.

From a letter written on behalf of the Universal House of Justice to an individual believer, 2 December, 1985

We have, in chapter 13, referred to Mirza Badi'u'llah's iniquitous activities against the Covenant, when he acted in concert with his older brother, the Centre of Sedition. For some years he continued in this way until early in 1903 when rumours began to circulate that he intended to repent and return to the fold. While the friends who were steadfast in the Covenant were apprehensive that if the rumours were true there might be a fresh plan by the Covenant-breakers to deceive the believers, the news was soon confirmed and Mirza Badi'u'llah announced his repentance for all his activities against the Covenant. This move proved to be of great material benefit to him because he had lived extravagantly and had spent all his possessions in promoting the cause of Covenant-breaking. When he found himself in financial need and realized that Mirza Muhammad-'Ali's assistance was not forthcoming owing to a rift between the two brothers, Mirza Badi'u'llah took revenge by announcing his decision to leave the band of Covenant-breakers. He repented for his past actions, turned to ‘Abdu’l-Bahá and begged for forgiveness. Of course the Master knew that he was not sincere and that his repentance was an expedient measure to satisfy his needs. But with the Master's characteristic loving kindness, he was forgiven.

Adib Taherzadeh, The Child of the Covenant, p. 173 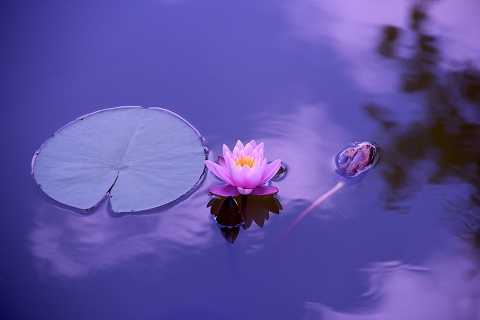