The kingdom of peace, salvation, uprightness and reconciliation is founded in the invisible world, and it will by degrees become manifest and apparent through the power of the Word of God!

. . . the precise circumstances attending the establishment of the Lesser Peace are not known to us; even its exact timing is concealed in the Major Plan of God.

An orientation to process is apparent throughout the writings of ‘Abdu’l-Bahá and Shoghi Effendi concerning the attainment of world peace. For example, the Guardian reported the Master as having acclaimed actions taken at the conclusion of the First World War to have signalized "the dawn of the Most Great Peace". This stands in contrast to pre-occupation with the short term in the wider society today which focuses exclusively on events rather than on evolutionary processes.

As a result of consecrated human endeavour over decades, and indeed centuries, this spiritual reality is gradually expressed in physical form.

It should not be imagined that the processes now moving in the world will be free from challenge or difficulty. There may well be set-backs, and conflicts may erupt periodically, as humanity proceeds towards the emergence and consolidation of the Lesser Peace, giving rise in due course to the establishment of the Most Great Peace.

The further expansion and strengthening of this consciousness of world solidarity in the years to come will have their effect in the political realm, and will influence the evolution towards world government.

The twentieth century has been distinguished by the emergence of the unity of nations, to which both Shoghi Effendi and the House of Justice have referred in the enclosed document. This movement, the evidence of which accumulates with each passing day, stands in sharp contrast to the nationalistic tenor of the nineteenth century, and is an evidence of the spirit of a new age moving in the hearts of humankind. Viewed from this perspective, there can be no doubt that the promise of ‘Abdu’l-Bahá has been fulfilled, and the unity of nations securely established in the century now concluded.

These statements, and others appearing in the enclosed document, should be viewed from the perspective that the evolution of the World Order of Bahá’u’lláh is an organic process proceeding in accordance with the Divine Will and animated by a spiritual reality.

You should also take note of the distinction between the unity of nations and the Lesser Peace. Shoghi Effendi, in response to questions from believers, clarified that "unity in the political realm", to which ‘Abdu’l-Bahá referred in his enunciation of the seven candles of unity, "is a unity which politically independent and sovereign states achieve among themselves". As expressed in the passages cited in the enclosed memorandum, the Lesser Peace will initially be a political unity arrived at by decision of the various governments of the world. The unity of nations can be taken as that unity which arises from a recognition among the peoples of the various nations, that they are members of one common human family.

We wish to remind the community that explicit predictions pertaining to the date of the Lesser Peace’s establishment are not found in the writings of the Faith, nor does the House of Justice predict future events. What is clear from the writings is that the Lesser Peace is a process and one that is not directly tied to the activities of the Bahá’ís. 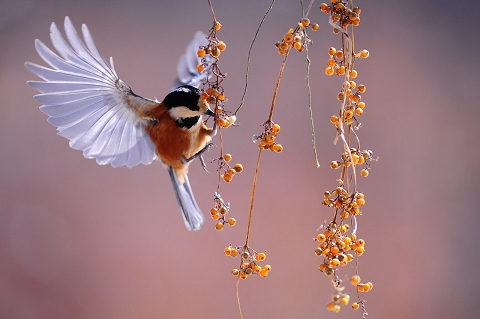