An official Bahá’í funeral service should be only be given for a believer, but there is no objection to the reading of Bahá’í prayers, or indeed to a Bahá’í conducting the funeral service of a non-Bahá’í, if this has been requested.

In connection with the question you asked about the prayer for the dead: any of the prayers which were originally revealed for a man or woman can be said for opposite sex, but the text must not be changed.

Regarding the Bahá’í funeral service; it is extremely simple, as it consist only of a congregational prayers to be read before burial.... your National Spiritual Assembly should take great care lest any uniform procedure or ritual in this matter be adopted or imposed upon the friends. The danger in this, as in some other cases regarding Bahá’í worship, is that a definite system or rigid rituals and practices be developed among the believers. The utmost simplicity and flexibility should be observed...."

As you know, the offering of prayers on behalf of the departed, whether Bahá’í or non-Bahá’í, is encouraged in our teachings, as such prayer are conducive to the progress of their souls in the world beyond. As to the holding of memorial gathering or regular intervals, there is nothing in the teachings specifically prohibiting such gatherings, but we find general guidelines in the letters of the beloved Guardian, in which he warns the believers against adhering to the rites and customs of past systems and of former religions, and instead urges them to show forth the Bahá’í way of life and demonstrate the independent character of the teachings of the faith. "Advertising memorial gatherings by the family is entirely a personal matter for the family to decide. It is left to the discretion of your National Spiritual Assembly whether Local Spiritual Assemblies may permit the use of their Bahá’í centers for such gatherings.

The prayer for the dead should be recited at the funeral if the deceased is 15  200  years old or more. If there is no one at the funeral able to read, it is sufficient to say only the part of the prayer which requires the repetition nineteen times of each of six short verses. "The body must placed in the grave in such a position that the feet point towards 'Akká (the Qiblih)

There is no objection to Bahá’ís attending the non-Bahá’í funeral service of a Bahá’í whose non-Bahá’í relatives have prevented the Bahá’í funeral from taking place. The Bahá’ís should, however, endeavour to offer Bahá’í prayers for the progress of the soul of their departed friend, if circumstances permit. If they cannot be offered on the occasion of the funeral they should be offered at another time.

We have your letter of 23 December, 1966 asking whether it is permissible to change the gender of the pronoun in Bahá’í prayers for the dead when the deceased person is a woman. The prayer for the dead which is obligatory appears on page 260 of 'Prayers and Meditations'. This prayer allows for a change in gender. Other prayers for the dead are optional, but if used they are to be used as revealed.

The Prayer for the dead is published in Prayers and Meditations of Bahá’u’lláh, No. CLXVII. It is the only Bahá’í obligatory prayer which is to be recited in congregation; it is to be recited by one believer while all present stand. There is no requirements to face the Qiblih when reciting this prayer.

Synopsis and codification of the Kitáb-i-Aqdas, p. 58 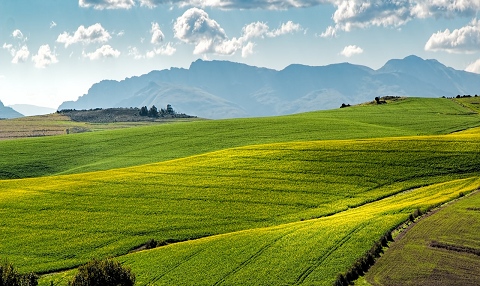