As affirmed by ‘Abdu’l-Bahá and the Guardian, this law precludes cremation of the dead. The formal prayer and the ring are meant to be used for those who have attained the

If the following verse, which hath at this moment been sent down by God, be engraved upon the burial-rings of both men and women, it shall be better for them; We, of a certainty, are the Supreme Ordainer: "I came forth from God, and return unto Him, detached from all save Him, holding fast to His Name, the Merciful, the Compassionate."

In brief, the Bahá’í law for the burial of the dead states that it is forbidden to carry the body for more than one hour's journey from the place of death; that the body should be wrapped in a shroud of silk or cotton, and on its finger should be placed a ring bearing the inscription "I came forth from God, and return unto Him, detached from all save Him, holding fast to His Name, the Merciful, the Compassionate"; and that the coffin should be of crystal, stone or hard fine wood. A specific Prayer for the Dead (see note 10) is ordained, to be said before interment.

In the Bayán, the Báb specified that the body of the deceased should be wrapped in five sheets of silk or cotton. Bahá’u’lláh confirmed this provision and added the stipulation that for 'those whose means are limited a single sheet of either fabric will suffice'. "When asked whether the 'five sheets' mentioned in the law referred to 'five full-length shrouds' or 'five cloths which were hitherto customarily used', Bahá’u’lláh responded that the intention is the 'use of five cloths'. "Concerning the way in which the body should be wrapped, there is nothing in the Bahá’í Writings to define how the wrapping of the body is to be done, either when 'five cloths' are used or only 'a single sheet'. At present, the Bahá’ís are free to use their judgement in the matter."

It is forbidden you to transport the body of the deceased a greater distance than one hour's journey from the city; rather should it be interred, with radiance and serenity, in a nearby place.

The Lord hath decreed that the dead should be interred in coffins made of crystal, of hard, resistant stone, or of wood that is both fine and durable, and that graven rings should be placed upon their fingers.

The Lord hath decreed, moreover, that the deceased should be enfolded in five sheets of silk or cotton. For those whose means are limited a single sheet of either fabric will suffice.

With regard to the material from which the coffin is to be made, the spirit of the law is that coffins should be of as durable a material as possible. Hence, the Universal House of Justice has explained that, in addition to the materials specified in the Aqdas, there is no objection to using the hardest wood available or concrete for the casket. For the present, the Bahá’ís are left free to make their own choices in this matter.

The Báb has told us to bury the dead in silk (if possible) in coffins of crystal. Why? Because the body, though now dust, was once exalted by the immortal soul of man!

The dead should be buried with their face turned toward the Qiblih. There is also a congregational to be recited. Beside this there is no other ceremony to be performed.

The placing of the burial stone on the dead has no other significance than to emphasize our profound convictions that our souls come from our creator and to him they return,and in him we believe and trust.

. . . that the body not be cremated; that it not be transported more than an hour’s journey from the place of death to the place of burial; that the Prayer for the Dead be recited if the deceased is a Bahá’í of fifteen years of age or more; and that the funeral be carried out in a simple and dignified manner that would be a credit to the community.

Universal House of Justice, 17 April 1981 to all National Spiritual Assemblies

Bahá’í laws of burial do not refer to the burial at sea and the house of justice has not yet legislated on the matter. However,it is preferable that Bahá’í burial should take place on land whenever this is possible.

Shoghi Effendi, in a letter written on his behalf to an individual believer in 1955, comments that ‘Abdu’l-Bahá...also explained that burial is natural and should be followed. 'The explanation of the master referred to by Shoghi Effendi is found in Tablets revealed by Him. One of those was published in Star Of The West, Volume XI, No. 19, page 317, from which we quote: "'Thy letter has been received. Due to scarcity of time, I write the answer briefly: The body of man, which has been formed gradually, must similarly be decomposed gradually. This is according to the real and natural order and divine law. If it had been better for it to be burned after death, in its very creation it would have been so planned that the body would automatically become ignited after death, be consumed and turned into ashes. But the divine order formulated by the heavenly ordinance is that after death, this body shall be transferred from one stage to another different from the preceding one, so that according to the relations which exist in the world, it may gradually combine and mix other elements, thus going through stages until it arrives in the vegetable kingdom, there turning into plants and flowers, developing into trees of the highest paradise, becoming perfumed and attaining the beauty of colour'. "Cremation suppresses it speedily from attainment to these transformations, the elements becoming so quickly decomposed that transformation to these various stages is checked'.  When we realize that our physical bodies actually are composed of elements place in the earth by their creator, and which though the orderly processed of His Law are continually being used in the formation of beings, we can better understand the necessity for our physical bodies to be subjected to the gradual process of decomposition.

The friends should certainly be informed of the Bahá’í laws relating to burial and encouraged to do all they can to ensure after their passing they are buried according to Bahá’í law. It is not always possible to ensure this by stating it in a will and assemblies should consult upon the matter, taking legal advice if necessary, and make the best arrangements possible.

The laws of burial as revealed by Bahá’u’lláh in the Kitáb-i-Aqdas do not refer to occurrence of death at sea. Until such time as the Universal House of Justice legislates on these matters, the friends when faced with such incidents should be guided by whatever civil or maritime law is applicable under the circumstances. Should land be reached, however, obviously the body must be buried on land in the nearest suitable place.

The position of the body in the grave should be with the feet pointing toward the Qiblih, which is Bahji in 'Akká'.

You have stated in your letter that it is a custom there for the body to be disinterred after three years and put in a smaller casket for reburial. Since this is apparently not required by law, it would be best for you to advise the friends to make the necessary arrangements with the cemetery authorities so that disinterment of the body does not take place.

You should also advise all individual Bahá’ís who are in service that they should take whatever measures are necessary to see that Bahá’í laws regarding burial are observed. Such individuals should also notify their families or next of kin about these laws and of their wish to be buried according to Bahá’í law.

The shroud is a piece of cloth approximately seven yards or meters in length, when used for a person of normal height and weight. It can be wrapped around the body in one piece, though this is more difficult than to cut it into four one yard or meter pieces, with one each used for the feet and legs, trunk, shoulders, and head, with the longer three foot piece wrapped the length of the body to hold the other pieces in place. It is not necessary to cover the face, but the shroud may be wrapped over the top of the head, as with a shawl. 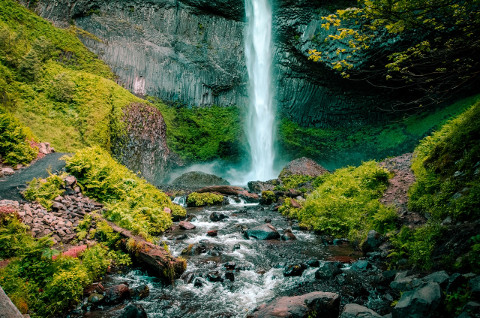